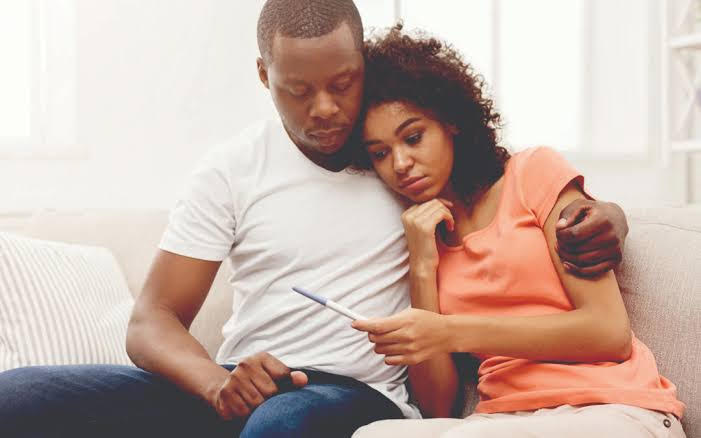 Infertility happens when a couple cannot conceive after having regular unprotected sex. It may be that one partner cannot contribute to conception, or that a woman is unable to carry a pregnancy.  Infertility may be caused by a variety of factors including problems with egg or sperm production, genetic factors, age, or too much exposure to certain situation. Due to this, there have been so many assumptions facing the causes of infertility,  below are 8 things you should know about infertility.

Infertility is not a woman’s problem: Statistics show that 30% of infertility can be attributed to a low sperm count, reduced motility or high number of abnormal sperm cells in semen. While the cause of infertility in about 10% of couples remains unknown.

Pregnancy may not be achieved after first attempt: Many couples fall into the societal pressure to reproduce as quickly as possible, and because our bodies are not machines, this is usually not the case. Fertilization is only possible under certain conditions including adequate number of motile sperm and and egg availability. Within 1 year, 85% of sexually active, non-contracepting couples will achieve pregnancy, and by the end of the second year, this number will increase to over 90%.

Not all forms of sex can lead to pregnancy: While couples planning on achieving pregnancy should enjoy different forms of sex,  penetrative vaginal sex specifically planned around a woman’s fertile window will increase the chances of fertilization, and a successful pregnancy.

Infertility is not always caused by the same factors. Infertility can be caused by different factors such as  Male factor: which could result from low sperm count or sperm poor motility. Female factor could include things such as ovarian disorders like olycystic ovarian syndrome (PCOS), Infections of Fallopian tubes following a poorly treated sexually transmitted infection, uterine fibroids, and a host of others when both exist in the partners.

Infertility cannot be cured with IVF: Different causes will require different treatment. These treatment plans range from sex education, surrogacy to assisted reproductive technologies such as in vitro fertilization (IVF).

A “Chemist” cannot prescribe treatment for infertility: Infertility should be treated by licensed medical professional who can educate each couple on risks and benefits of possible treatments.

And Finally, It takes over a year of regular unprotected sex for a couple to be considered infertile.

The WHO defines infertility as the inability of a sexually active, non-contracepting couple to achieve pregnancy in one year. After one year of unsuccessful attempts, formal investigation will be justified and treatment indicated.

previousAre you Depressed or Sad?

Call us now if you are in a medical emergency need, we will reply swiftly and provide you with a medical aid.

Visit us on social networks: