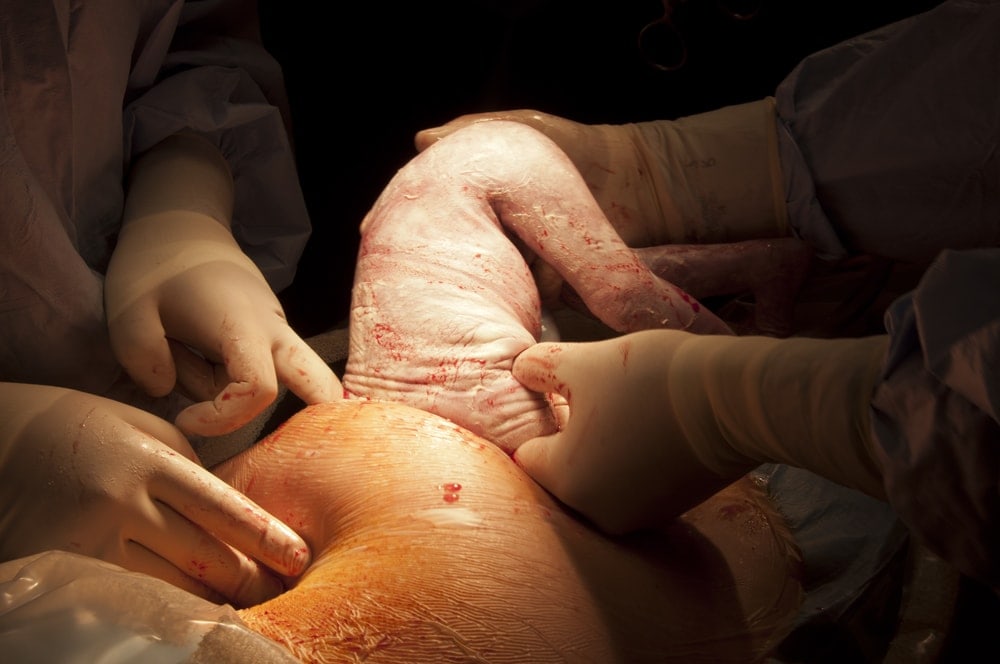 A cesarean section is one way for babies to be born. This type of birth is done by a surgical incision in the abdomen and uterus to allow a baby or babies to be born safely when a vaginal birth is not the safest route. It is also commonly called a c-section.

While there are reasons that a cesarean section may be planned before labor begins, for most first-time mothers or women who have not had a previous cesarean, the decision to have a surgical birth will be made in labor. Most of these cesareans are not emergencies but are simply unplanned until the course of labor says otherwise.

Reasons for a Cesarean Birth

A cesarean section might be performed for a number of reasons, including:

Talking to your practitioner before labor about why a cesarean may be necessary for you can give you specific information particular to your pregnancy.

You should also ask your doctor or midwife about their specific rates for cesarean section, even if you do not think that you will have a cesarean. Be sure to ask about their low-risk cesarean rate. This is based on the number of women who fall into a category called NTSV (nulliparous term singleton vertex), or first-time mothers at term with one head-down baby.2 The NTSV cesarean rate is more accurate in determining your risks of needing a cesarean.

The national target for the NTSV or low-risk cesarean section rate is set at 23.9% of all births.3

The NTSV or low-risk cesarean rate is calculated per provider and potentially for the practice in which your doctor or midwife provides care. You may also ask at the hospital where you are planning to give birth. Understand that your provider may not know this information right off the bat and may need to find out and get back to you. You should also be able to call and ask the practice manager for this information.

The national target is lower than the total number of cesarean births and takes into account the increased need for some women to have a cesarean birth and separates that from low-risk women, who are much less likely to need surgery to birth safely.

A cesarean section is major abdominal surgery. In cases where there is an obvious need for the surgery as a life-saving tool, it is easier to weigh the benefits versus the risks. What is harder to define is when are these added risks not acceptable. This will vary from practitioner to practitioner and family to family.

There are a few major categories of risks: to the mother, to the baby, and to future pregnancies. The risks to the mother include:4

There are also risks to the baby, though some risks are difficult to tease out if the added risk is due to the reason a cesarean is needed, particularly in the case of fetal distress. These risks include:

There are also potential risks to future pregnancies. These risks include:

After a few days, you may have any remaining stitches or staples removed. This may or may not be after you leave the hospital.

Call us now if you are in a medical emergency need, we will reply swiftly and provide you with a medical aid.

Visit us on social networks: